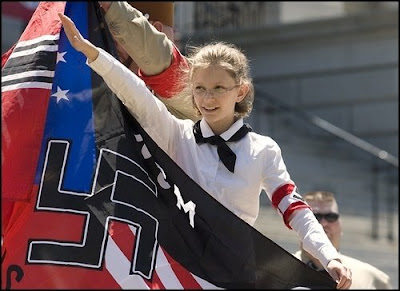 The secret to shock-rock glory? Name your band after Hitler: How would a musical act called Hitler fare? We may never know because no one would be stupid enough to… oh wait, they have

The odd case of Hitler's 'son': For almost three months, Judge Kelly heard the story of Michael O'Hara - a man who claimed to be Hitler's son and the owner of the Fuehrer's suicide gun.
. PedroF