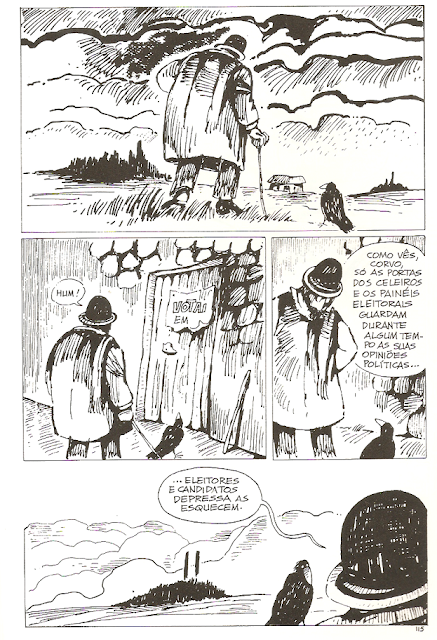 50 Richest Members of Congress: The Wealth Keeps Growing: A surprisingly strong year in the financial markets made the richest members of Congress even wealthier in 2012, with the median net worth of the 50 richest rising more than 17 percent [...]

Financial disclosures also revealed a widening gap between members’ wealth and that of their constituents. The median net worth of the 112th Congress stood at $442,007 in 2012. Nineteen percent of lawmakers reported no debts at all, while 15 percent had trusts.

How incomes have changed for the rich and the rest: the top 1% enjoyed real income growth of 31% between 2009 and 2012, compared with growth of less than 1% for the bottom 99%. Income actually shrank for the bottom 90% of earners.

The rich get richer and the poor get poorer: Andrew Jackson, the seventh President of the U.S. (1829–1837), in his 1832 bank veto, said that "when the laws undertake... to make the rich richer and the potent more powerful, the humble members of society... have a right to complain of the injustice to their Government".
. PedroF

Horrible Things Can Happen When We Allow Private Companies to Collect Taxes: John Adams once said that, "Government is instituted for the common good; for the protection, safety, prosperity and happiness of the people; and not for the profit, honor, or private interest of any one man, family, or class of men."

These distinctions are at the very core of our democracy, and of capitalism in America. [...]

The power of tax collection should always be a power afforded to a government that's answerable to We The People.

It shouldn't be a power that's transferred to private corporations.

But as The Washington Post brilliantly points out, that's exactly what's happened right here in our nation's capital, in an experiment to privatize tax collection.

And not surprisingly, it's an experiment that's having disastrous effects.

Just ask Bennie Coleman, a 76 year-old veteran who, thanks to D.C.'s tax lien privatization program, had his $197,000 house foreclosed and taken away from him, all because of a $134 property tax bill that hadn't been paid.
. PedroF

Studying human nature by picking pockets: A Q&A with Apollo Robbins:
How did you start learning magic tricks?
The first time I went into a magic shop, I didn’t know anything about magic. I had a little prop I had found, and I wanted to see what it could do. I asked this old man, and he started doing sleight-of-hand, and I thought, “If this old man can do this, I can do this.” Then he did some card tricks and told me, “You have a choice. Here’s a deck of cards, and you can do 50 tricks. Or, here’s this book: J.B. Bobo’s Coin Magic. It’s gonna cost more, but it will last years, and you can start studying the craft of sleight-of-hand.” I didn’t have the money with me, so I went back home, sold some stuff at a pawn shop and got the book. It was my bible for the next couple of years. I still have it.

The govt should stay out of journalism: Remember who the government is supposed to be serving. In this case they clearly have such a huge conflict of interest that they should be recused from playing any role in making law about who is and isn't a journalist. If given a chance they would say that anyone who leaks on a member of Congress or the executive should go to jail, unless it happens to be a member of Congress or an employee of the executive, of course.

See how crazy this gets.

We have a highly dysfunctional press, exemplified by reporters who want to debate the character of the leakers, instead of exploring what was revealed by the leaks. In such a world, we should be trying to expand the realm of people empowered to inform us about what our elected representatives are doing with the power we invest in them. Keep them on their toes and looking over their shoulders. Put a little of the fear they put in us in them.

Imho if the government says who's a journalist, under penalty of law, then there will be no journalism.
. PedroF

via Portrait of the child as an old person
. PedroF

O caso da McKinsey: "In 2009, McKinsey’s consultants were the angels of death in the media industry, the mere mention of the name an ominous sign that cutbacks were imminent."

Na voz de um “publisher of one of the company’s most successful magazines”: “How much they understood about our business, I cannot tell you,” the publisher says. “How the [expletive] can you coach a football team if you’ve never played football in your life? And I’m not even talking pro. I’m talking at any level. They don’t have a clue. I don’t care how many hours they spent firing people at Time Inc. or Meredith Corp. They had this stupid red/yellow/green system, which they explained to me like I was a five-year-old. I wanted to reach across the table, grab one of them and throw him across the room.”

via This Is Possibly The World's Highest Trick Shot
. PedroF