Attenborough reveals creationist hate mail for not crediting God: Sir David Attenborough has revealed that he receives hate mail from viewers for failing to credit God in his documentaries. In an interview with this week's Radio Times about his latest documentary, on Charles Darwin and natural selection, the broadcaster said: "They tell me to burn in hell and good riddance."

Telling the magazine that he was asked why he did not give "credit" to God, Attenborough added: "They always mean beautiful things like hummingbirds. I always reply by saying that I think of a little child in east Africa with a worm burrowing through his eyeball. The worm cannot live in any other way, except by burrowing through eyeballs. I find that hard to reconcile with the notion of a divine and benevolent creator."

Twitter Quote of the Day: @gandhi_bot: "There are people in the world so hungry, that God cannot appear to them except in the form of bread." 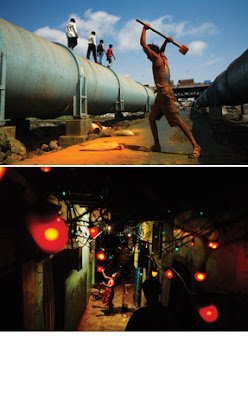 Free The Facts: Critical Issue, Killer Presentation for anyone who cares about either science or open access.
. PedroF