This incident wasn't the first time a presidential dog has behaved aggressively:


* Former Russian President Vladimir Putin, is reported to have used his black Lab, Koni, to intimidate German Chancellor Angela Merkel, who is afraid of dogs. 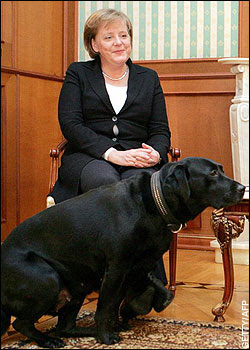 There are two presidential dogs, though, who couldn't have created well-publicized biting incidents even if they want to. Former Pakistani President Pervez Musharraf's Pekingese, Dot and Buddy, appear to have been placed in hiding. 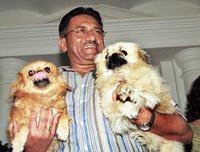