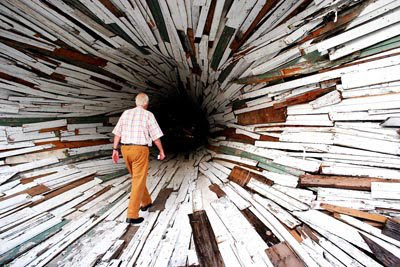 Physicists raise serious LHC safety doubts: CERN, which operates the LHC, commissioned an extensive study which concluded that, if black holes were formed by the LHC, they would last for only milliseconds before extinguishing themselves.

"While the growth of black holes to catastrophic size does not seem possible, it remains true that the expected decay times are much longer than is typically predicted by other models," the physicists state in a brief paper posted at the scientific discussion website ArXiv.org.

The danger would occur if the black holes stayed in existence long enough to absorb material and become self-sustaining, but the physicists say it is more likely that they would either collapse or stabilise at a very small level and drift out into space.
[imagem daqui]
. PedroF